Jumped out of an perfectly good airplane today. Ironically, as we climbed to altitude I became gradually less nervous. When it finally came time to jump I was OK. My instructor said I did very well. I went through all my maneuvers in time to pull the cord right at 5500'. It was actually a lot of fun. 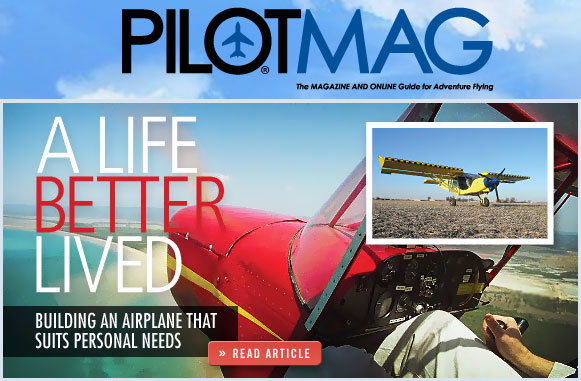 PilotMag, a new glossy aviation magazine that bills itself as "The Magazine for Adventure Flying" has a nice story on Zenith builders in its current issue (September/October 2009). The article, by aviation writer Jim Cavanagh, features some well-known Zenith flyers, including Steve Smith of Santa Rosa, California,… Continue 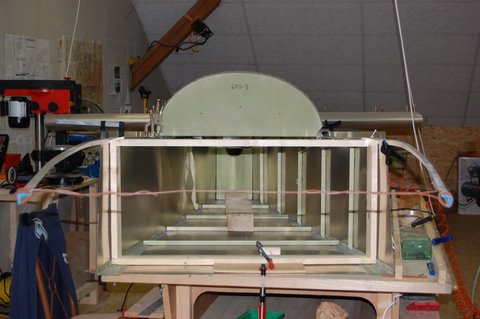 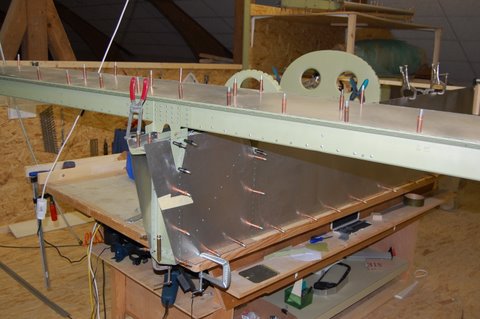 and the luggage compartments - at least two of the three are finished:…

question for those who have built CH 801

I am attaching the slats to the wings on my 801. The instructions seem to have no measurement for the bottom of the slat to the wing - say from the bottom corner to the wing spar rivet line. I've asked that question to Zenith by email but no respons. All I need is a for someone to take their tape measure and check their own and tell me what they found. my email is fournier@kibidula.org Thanks. Jason

As suggested by factory personel I added the vg's to the tail today, easy job just time consuming. Since I have the short tail it seemed like a good idea.

Enjoyed my time at the Zenith hangar days 2009, fist time back since I picked up my kit in 2000. Appreciated all of the events that the factory folks provided, obtained lots of information from various folks and vendors and met a lot of really nice people. Thanks to Nick for giving me the 801 instructional ride prior to my first flight, I have a lot better idea of what to expect and am sure the first flight will be exciting. I had just completed my bi-annual flight review in a cessna 172 prior… Continue

Just another quick post about the progress on my corvair 601xl. I flew back from mexico last night to pittsburgh. 6.5 hrs non stop. burned 5.1 gallons per hour. 2.5 hrs of night. 90 hrs total time on plane now w/ no problems.

Just wanted to share my experience with the inspection and maiden flight of my second homebuilt 601 XL. DAR inspection on N115AR took place on Saturday, 9/12. The inspection went fairly smooth. I used the same DAR as in my first XL (Tim Martinez). He was very thorough (took 5 hours). I remembered that on my first inspection Tim found a foot long 2 x 4 inside the fuselage, so this time around I double checked and triple checked for any 2 x 4's. Happy to report that he did not find any.... but to… Continue

Washed the airplane on friday and lost the communications with the tower. After returning to the hangar removed the antenna and found small amountof water under the rubber gasket. Dried outall of the water and let the antenna dry out until monday. Checked with the tower and had a good signal. Made a new rubber gasket thicker than the original, put RTV Silicone on the gasket materiel as well as the base of the antenna, also sealed the top and connection point of the antenna whip and base with… Continue

For plans builders... Our experience was that the nose ribs on the horizontal stabilizer were 3 mm too long. If you shorten the nose ribs from the back, make sure you make the forward flange wider to leave enough edge distance for the forward rivet. You can lengthen the tip ribs, but then you have to lengthen the skin. Three sets of nose ribs later, stabs are complete.

Anyone with a 601HD Cont O-200 with Sensenich Metal Prop. What is your battery location? I have the 8 Gal header tank and wing tanks. Engine mount from Zenith. To early to do a W&B.

Well, I'm finished and my 601HDS is now flying well. The subaru EA81 motor hasn't missed a beat so far. It's using 13 litres/hour at 4,000 revs and giving 85 knot cruise. I haven't done a full power level flight yet to see what the motor's revving too.

I've had five flights so far for 2 1/2 hours. After I've done some more testing I'll fit the wheel spats to see hw much of a difference they make. They are very fat so I'm considering cutting a couple of inches out fo the centre of… Continue

Today I had my airplane weighed on a precision airplane scale that can register the weight of a dime. It was designed and constructed with a grant from the EAA years ago and is used by the CAFE Foundation. There is no charge, but a donation to the Foundation is suggested.

I did my original weight and balance in August 2008. After that my Zodiac XL was painted, I added sound proofing, and I recently replaced a 25 lbs. battery with a 13 lbs. battery. So a new W&B was needed and,… Continue

What is the thickness and size of the standard L angle for the 750. I'm building from scratch and can't find it in the drawings. Thanks, Dave Ruhe

I am going to be in Nebraska City working from 9-15-09 until 10-22-09 and would like to take a look at any projects in the area. If anyone is in that area and willin' just e-mail me at; flybob13@yahoo.com
Thanks,
Bob

Visit with Tom Poberezny of the Experimental Aircraft Association (EAA) 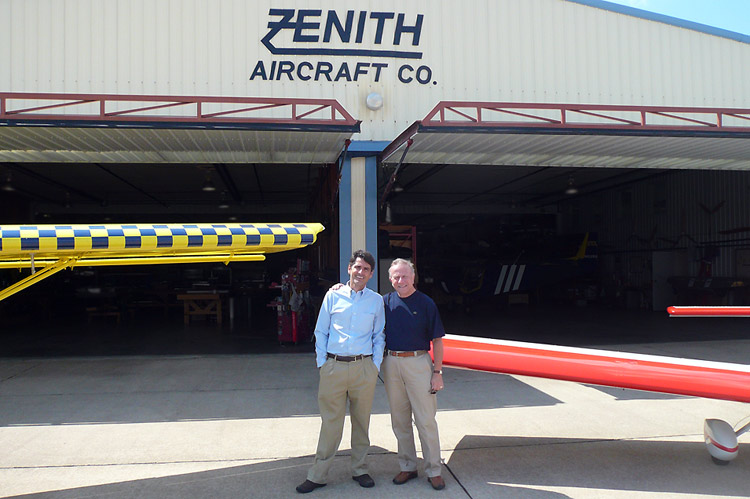 Today we had a nice visit with Tom Poberezny, the chairman and president of EAA. I gave Tom a tour of the factory, and showed him the new STOL CH 701 and the factory demonstrator Zodiac XL on this beautiful September day. 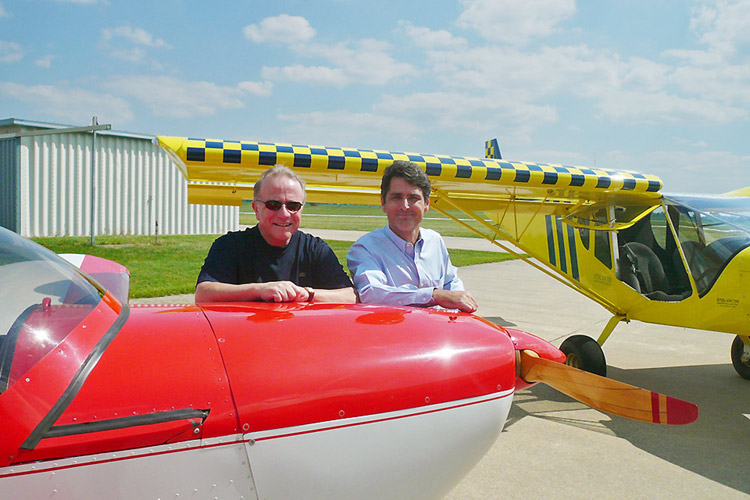 Unfortunately, I am not talking about my beer gut...

I was having problems with my 25.5 lbs. battery going dead too frequently, so I switched it out for a 13.5 lbs. Odyssey 680 last weekend.

WOW! what a difference 12 lbs. makes forward of the firewall. I immediately noticed a difference on take off. Less trim was needed for the plane to fly off the ground. It just felt lighter on climb out.

I can now set… Continue