Another 601XL takes to the air!

I finally did it!

I flew N990MK maidens flight yesterday and everything went well!

No, the wings did not fall off!

All the bantering back and forth about the safety of the 601s had me quite concerned, so much so that my airplane, signed off by a DAR 19 months ago, had to be annual-ed before its first flight.

The most recent letter from the FAA put my mind at ease.

A few minor adjustments and its back off into the wild blue yonder.…

Got brave today and cut the wing spar webs. After I come up with some kind of Rube Goldburg contraption to hold everything flat and secure, I'll use the fly cutter to cut the .95 mm holes. Debating on how to do the spar rivets, buy a rivet squeezer or build the rivet setter. Any suggestions?

July-August newsletter & DVD to ship end of this week

The new issue of the newsletter has gone to the printer and we expect to start mailing by Friday. As this is the first issue of the new subscription period (starts July thru July next year), please check that you have your renewal paid up. Payments we receive this week will mean no delay in sending the next issue to you on time. You can pay online by clicking here. Or, you can mail in the renewal slip found… Continue

The cowling mold has been lengthened and the new cowling's do not have a meal strip. I have deeded to change the cowling to the new one instead of trying to repair the version with metal strip embedded in the fiberglass. I will not be able to get this done before Oshkosh but it will be the the first job upon my return.… 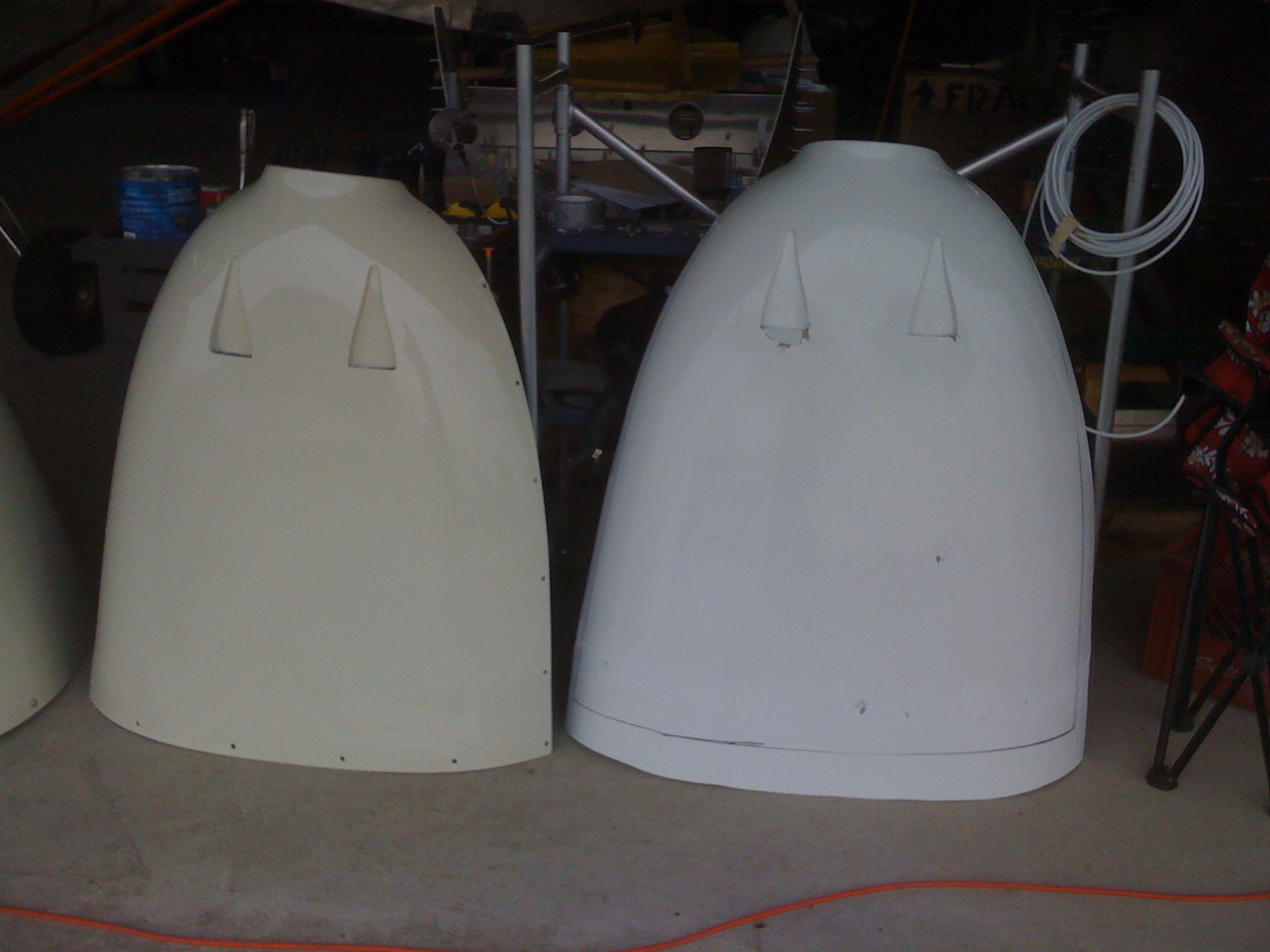 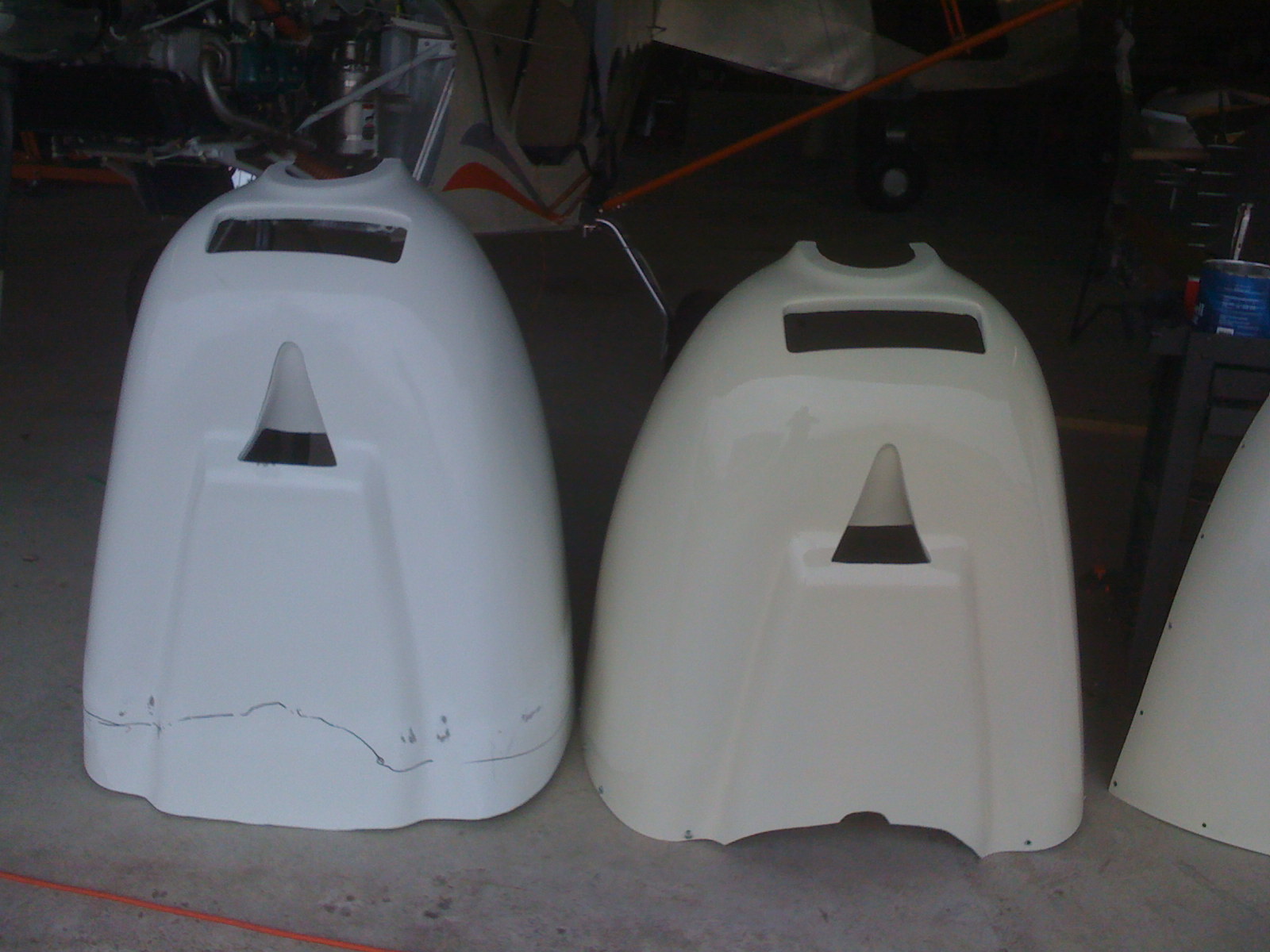 I just wanted to give an update on my corvair powered 601xl. I now have 54 hrs on my airplane. We haven't turned a wrench on the engine except for oil changes since the first flight. Totally smooth and hasn't skipped a single beat.

Now I am getting ready to fly to oshkosh this weekend...see you there in the… Continue

You may be wondering: What happened to the website? It really looks different! Yes - a few days ago we redirected everyone to this enhanced experience for web browsing. Notice the large collection of stories, photos and videos of everything Zenith aircraft found on this site. If you were not already familiar with this site, you should find this a great improvement over the old style presentation we had.

Your old login information is not needed here. However, in order to post a… Continue

How does flying open without doors effect cruising speed and fuel consumption? 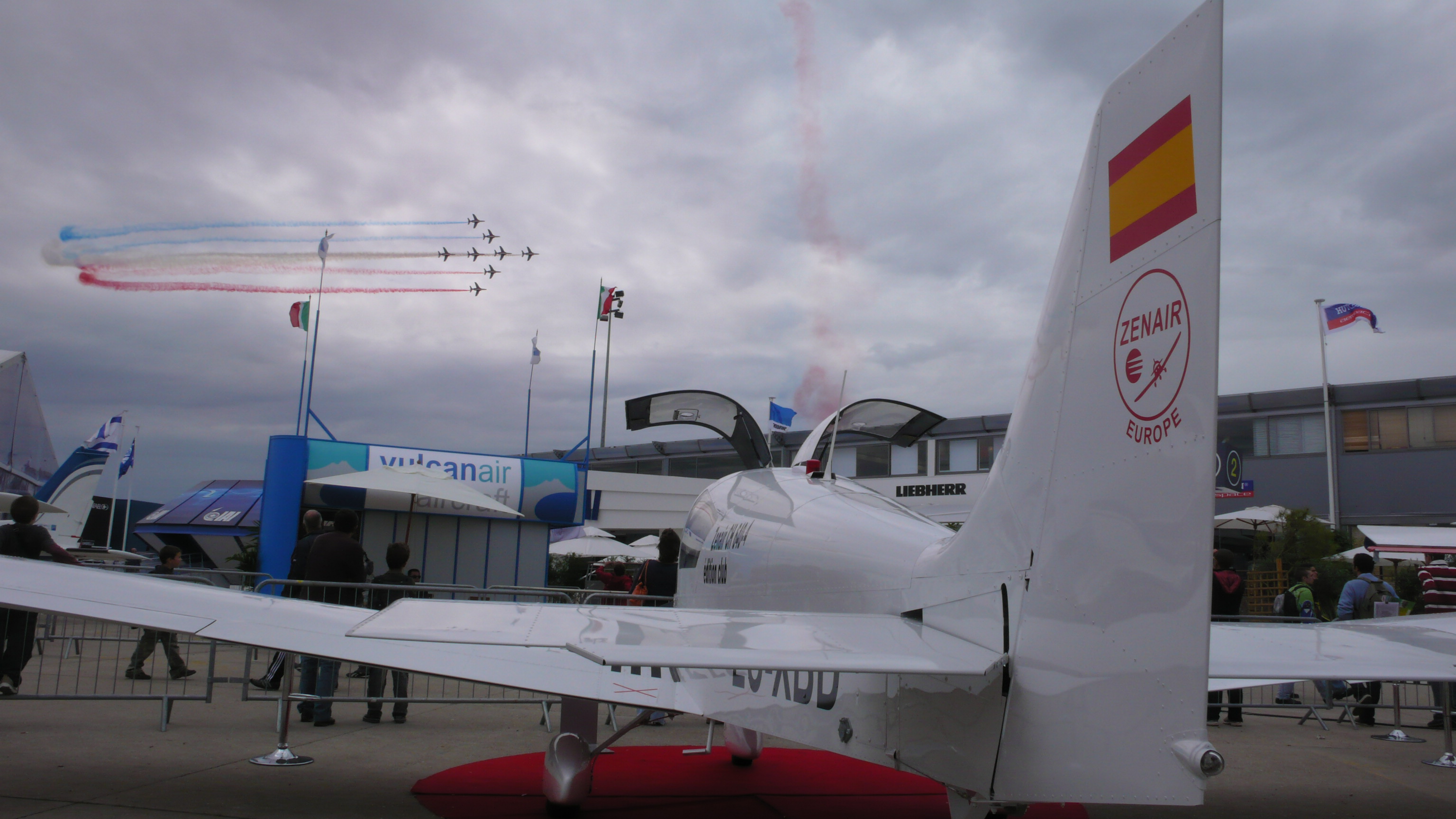 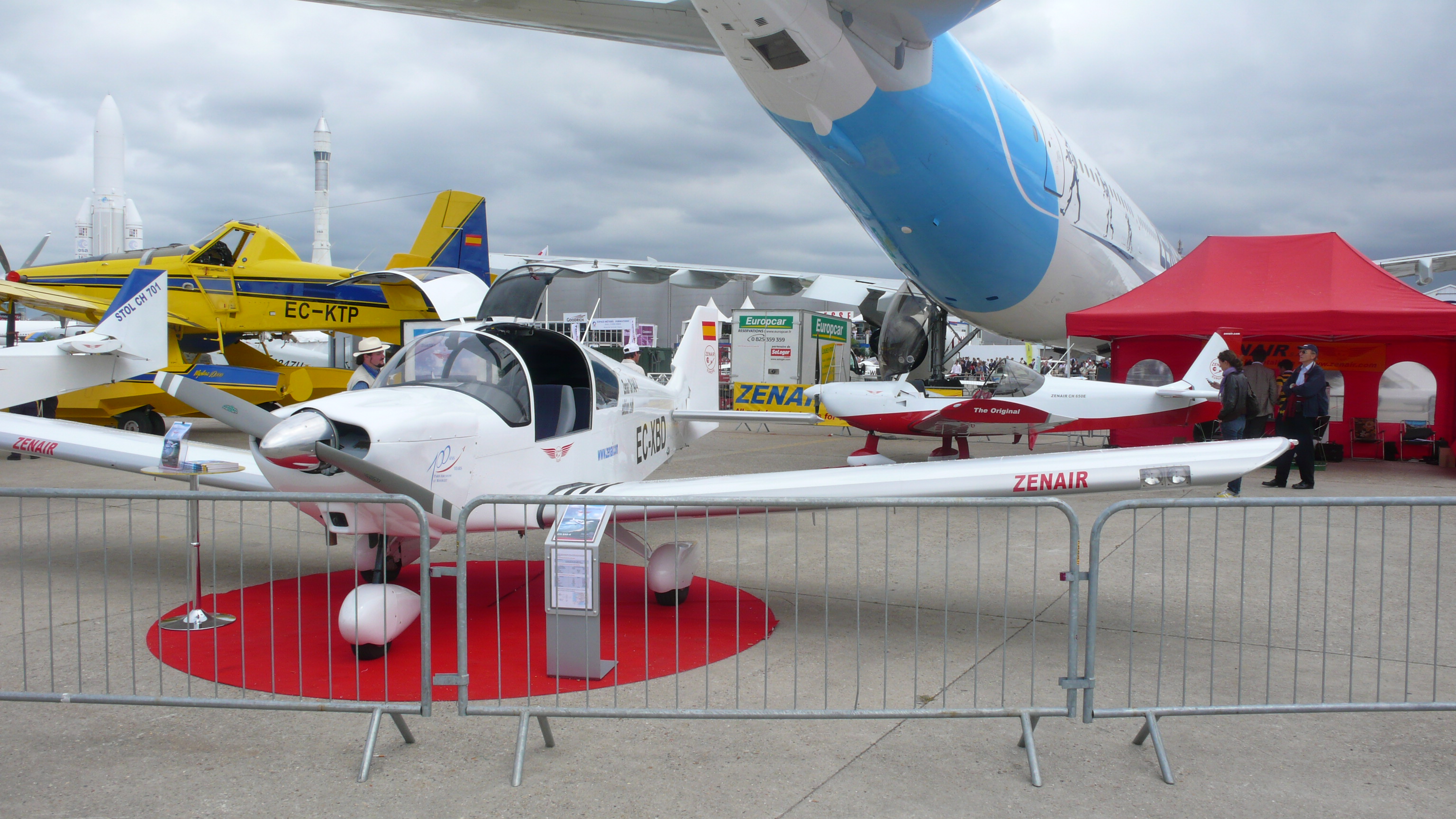 I received the cowing from the paint shop and fitted it to the fuselage in order to be able to arrange the fitting of The airbrush work to be done on the cowling. With the cowing in place the fiberglass work over the added metal strips has pulled away and needs to be attended to before I can finish the paint job. This is the bust for being able to have the plane at Oshkosh.… 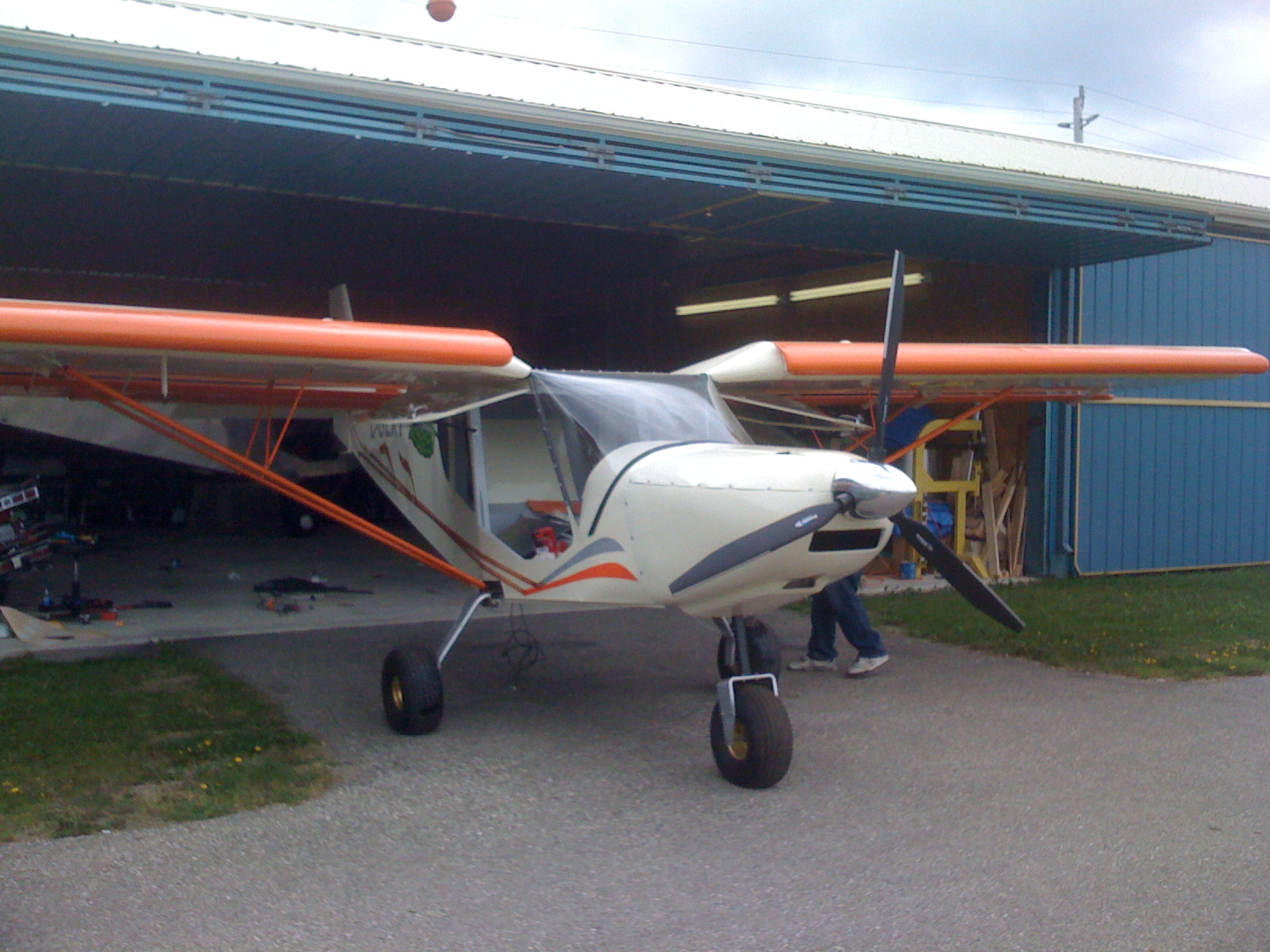 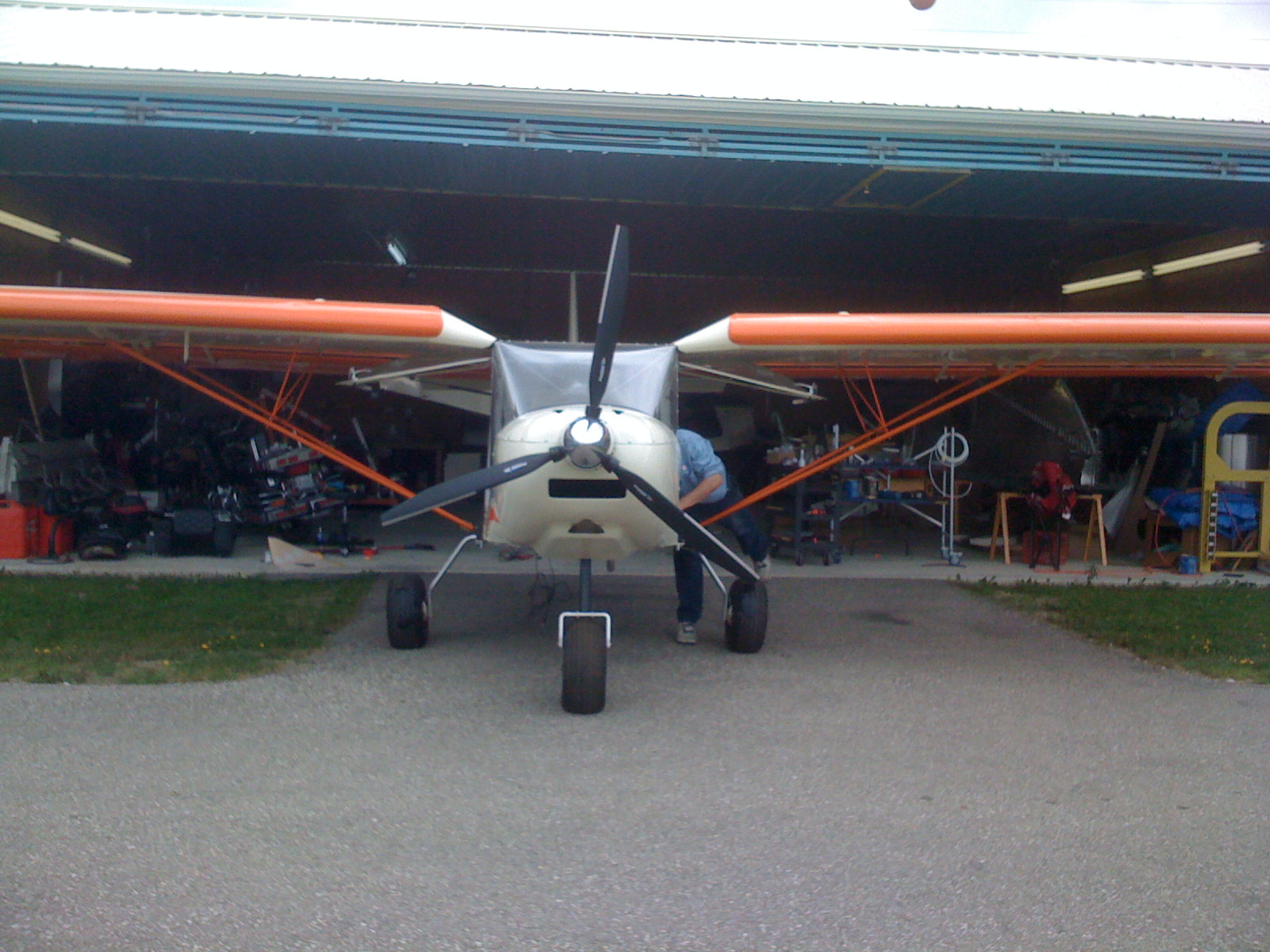 July 8 Progress Made on Tail Kit

A little more progress made today; check back shortly for slides.

The first operation I did today was to make sure that the tips of the horizontal stab's full ribs, which eminate from the rear spar and flush up against the forward spar at its ends, and the small nose rib were coplanar. The instructions have us do this by placing the assembly leading-edge down and check the three points against the flat surface of the table; I did this, and all three ribs seemed to meet the table just… Continue

Lots of progress made on the horizontal stab today.

Hi everyone,I'm plans building a 750 and at the point of making flaperon spars.I built a 9 foot brake out of solid birch and piano hinge.The brake is very strong and dead straight.I clamped in the blank and bent the flanges as per plans,the only problem is when I removed the part it looked like a banana!All I did to fix it was put some small crimps in the flange but I don't feel comfortable doing this.I then tried again but this time I made a form block the correct size and formed using a… Continue

Well here we are again and this time it is all about an upgrade to the 801. After talking to Larry Landucci and Bill Rewey during the air show I decided to add the flaperon/aileron trim tab. So here we are hard at work making more parts and cutting, fitting, pulling wires etc.etc.etc. you know how it goes. So far all is going according to plan and no hiccups encountered yet. Should have it finished by next monday since we only are working on monday and fridays now. Still waiting for the cowling… Continue

Progress continues on the tail kit over the long July 4th weekend, during which I've got lots of time to work on it.

I'm using digital photos fed into powerpoint to document, and I've attached the slide show for today's work. The large file size is a result of the many photos that are included.

I started today by laying out the… Continue

Today I made more progress on the tail.

Then I clamped the doubler to the spar in four places, and drilled and clecoed the centerline hole.

Then I drilled the holes a good deal to each side of the doubler and clecoed those.

Then I drilled out the remaining holes through the… Continue

July flight over the Cascades

Yesterday was a holiday for me, so I decided to take a quick loop to the north east of my home airport, Sanderson Field in Shelton WA. I topped off the tanks in my Zodiac 601 XL and warmed up my Jabiru 3300 as I taxied over to runway 23, two mouse clicks sent an email to family and friends telling them that I was taking, and letting them know that they could track my flight with a web based map. Knowing that some of them would follow my flight made it feel as though I was sharing this little… Continue

I started the tail kit today, having picked it up at the factory when I went to do the rudder workshop this past weekend.

First, pieces were inventoried: everything is present in stated quantities.

I started by labeling the horizontal stab front spar with "top" and "fwd/aft," and then placed it on wood strips with the aft side up (this puts the lightening hole flange down).

Next, I found the centerline of the spar and marked it with a vertical line on the aft… Continue 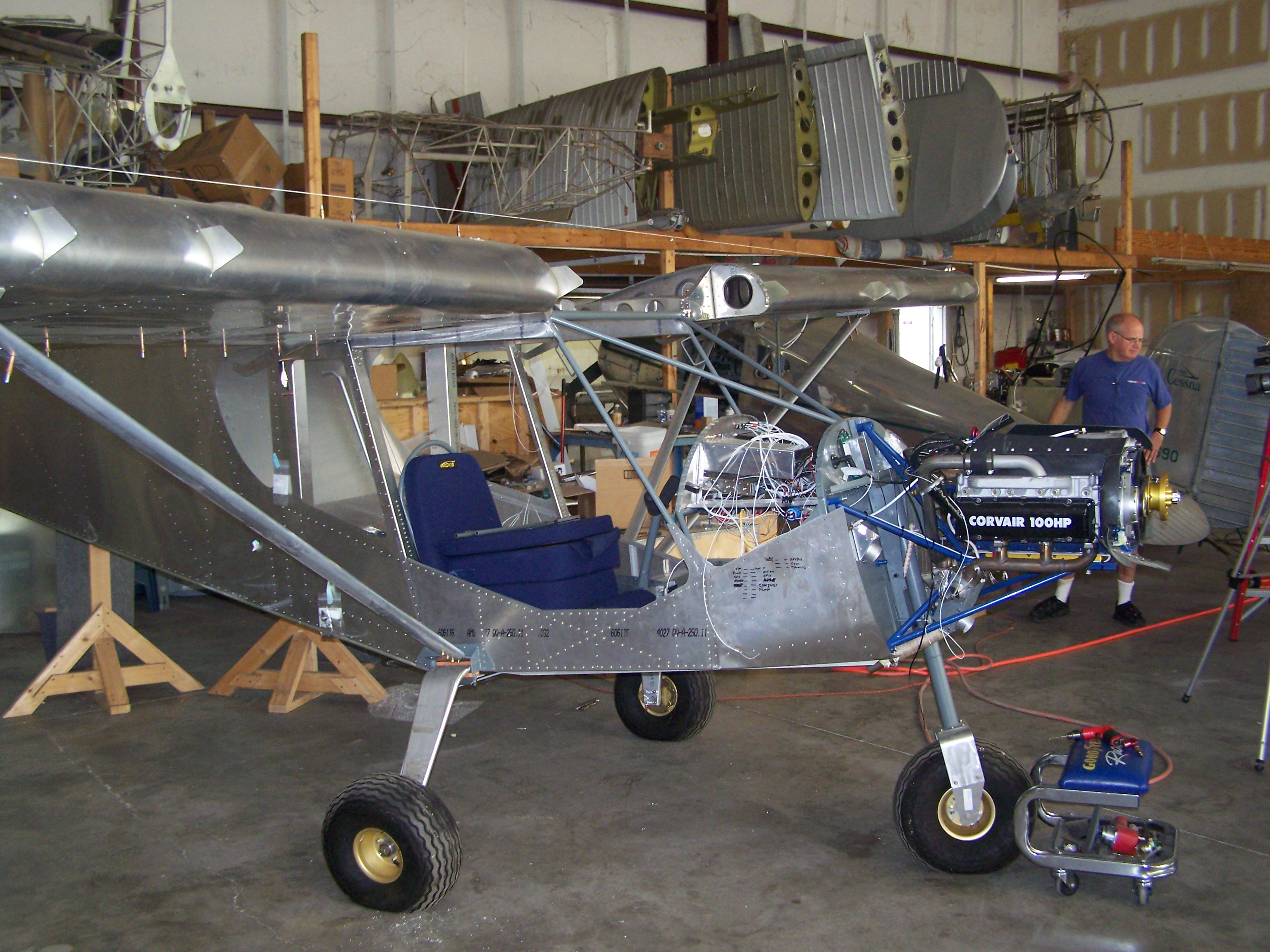