Some facts about Australia,

Now a days there seems to be Tuned Exhaust for all types of motorized people movers. They all claim to give your engine more horsepower, better fuel milage etc, etc.
Which has got me to wondering, why not a tuned exhaust for the Rotax 912, namely the 80 hp version? On looking at the exhaust on my 701 I think improvements can be made. Wouldn't it be great if a tune exhaust could give you 5-10 hp improvement maybe more?
Maybe there is all ready a…
Continue

It describes the Pro's and Con's of " Amphibs " amphibious floats, and goes into detail regarding the various pitfalls a prespective float plane pilot should expect. I have spoken to the…

Had a great time at the Fly in.

Got to see lots of old friends and make some new friends.

See you at Oshkosh.

The next Zodiac XL in for mods The next Zodiac XL beginning the modification. Skins removed and new main spar reinforcements in the process of installation. 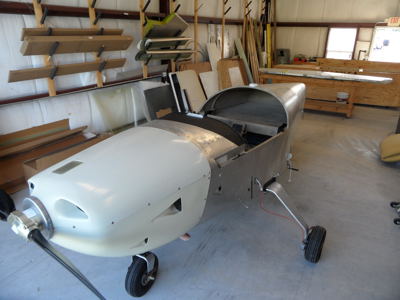 Here is the fuselage. 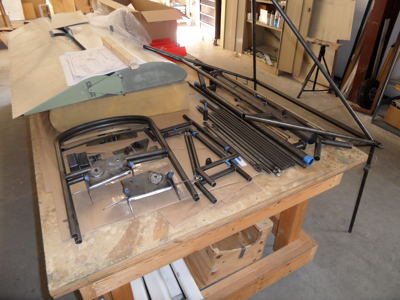 After 6 years of flying with a EA 81 Subaru engine I am tired of expermiting with trying to correct a cooling problem.

I am giving up on the subie and am in the process of buying a used lycoming 0235 C2C 108 hp engine. After I get the lyc inspecteed and ready to install i am going to remove the subie complete with motor mount, prop, radiators, oil coolers and all other items attached to engine and weight it to give a camparasion with the lyc. I feel I can install the Lyc at the same…

Hi all – Mirko here from Melbourne. Finally - completed all of the required upgrades on the 601XL and have also successfully completed its first flight on Sunday. Could not wait any longer to tell all my friends, Zodiac members/builders/pilots/new comers and who ever is reading this, that this will be a memorable occasion. Man o…

My brother Matt and I recently visited the island of Guadeloupe in the French West Indies part of the Caribbean. Like many of you, I've enjoyed watching Zenith STOL float flying videos on YouTube: There are dozens of great video clips from Greek islands, the Alaskan back…

Does anyone know any information about N7489Z? It's the old stype 601HD with the straight landing gear. I just bought this aircraft and will attempt to put it back together and would like to write up a historical trail of how it got to me. There is reference to Allen Hahn on AircraftOne.com and I bought it from Roger Hemp in Washington State.

This week, 21 year old Ghanaian pilot, Patricia Mawuli Nyekodzi, who builds and maintains the Zenith aircraft for Medicine on the Move, is training ready to start flying doctors and nurses into the remote bush strips as they get approvals in Ghana. 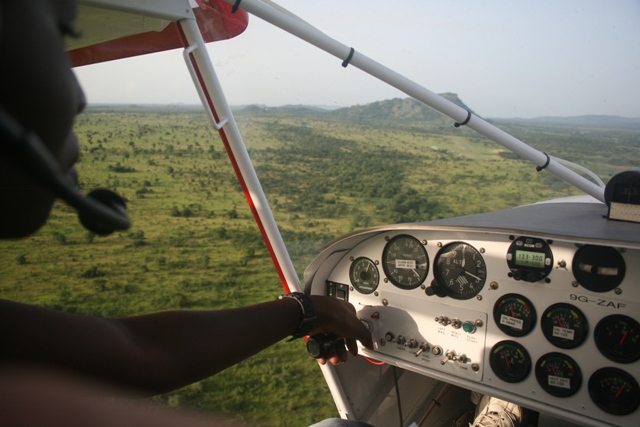 In the picture above she sets up 9G-ZAF for finals to Kpong Airfield - we start work on the 500m strip, then work on the cross-wind runway at 300m, then we have our own 200m strip at the Rocky Farm site a couple of…
Continue 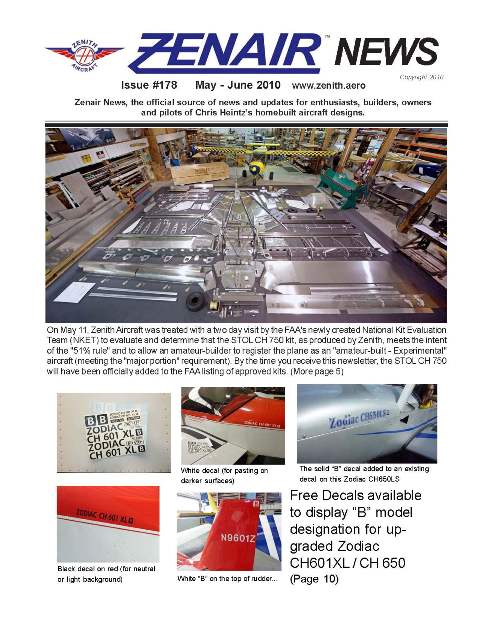 The May-June Issue of the Zenair Newsletter with DVD is now shipping to subscribers throughout the world. In this issue you will find stories on: Revamping of an older CH701, An excerpt from Chris Heintz's new book: Flying on Your Own Wings", Free Decal program for upgraded CH601XL aircraft, CH701 elevator Cable modification, an engine oil chip detector system with color…