I'm building streamlined strut covers.  With my 80 hp Rotax the plane cruises about 78-80mph at 5200 rpm when solo.  I'd like to get just a bit more performance out of it.  That and maybe a bit better climb on hot days (if they ever get here).  I'm hoping to fly it to Oshkosh this year so I need to get these…

I just seen this picture of the plane, I talked to the owner last year at the airport, he had a Rotax 912 100 hp, this was the first flight in the plane. According to the news, which had two different stories, he lost power seven seconds after takeoff. They didn't give the pilots name yet, but I know who the owner is. He was air lifted to Green Bay in critical condition. … As part of our approvals process in Ghana we are required to undertake regular training and to keep our 'engineering certificates' up to date. consequently, Patricia and I, went to Europe for training. Since the training was the week after AERO Friedrickshafen (Europe's Oshkosh), we went a few days early, and met with other engineers and homebuilders from around the globe at this event.

Doing what we do, it is important to remain abreast of the latest developments and to assess if we… Continue The April 2011 issue of Kitplanes magazine has an excellent article on "budget building."  Written by the former editor of EAA Sport Aviation magazine Scott Spangler and featuring Wayne Clagg and his now famous Zenith STOL CH 701 airplane, which was…

Well, as I was cleaning up my basement all winter, trying to make room for my workbench, I found a bunch of severe, floor-to-ceiling cracks in my old sandstone foundation. Unfortunately, addressing the structural issues has taken front seat to getting started on my plane. However, looks like I'll be finally starting nicely on the tail surfaces within a few weeks...

I changed out some hoses on the ship (912 UL) and now I've got it back together... but I can't find any secrets to bleeding the coolant system other than just running it hard, then cooling it for it to suck up the  recovery tank and then do it all over again...

any secrets to bleeding the coolant on a 912 UL??

Time has a way of moving very fast and at QSP it is flying by, spring is here and our open hanger event is almost upon us. We are preparing for the first of our summer events on May 7th.  Lori & I would like to invite all Zenith pilots and builders and of course all potential builders to come and enjoy visiting with other builders. Zenith representatives will also be here to meet with you so come eat visit tell tall flying tales and have a great spring flying e﻿vent. Of course this will… Continue 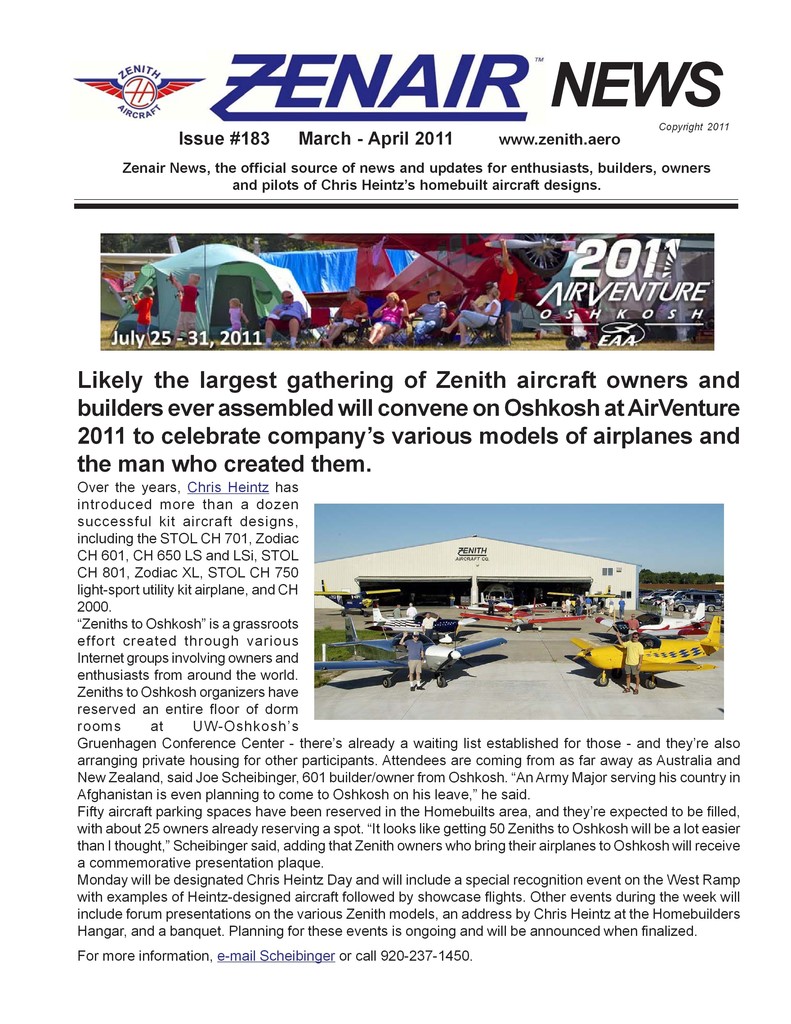 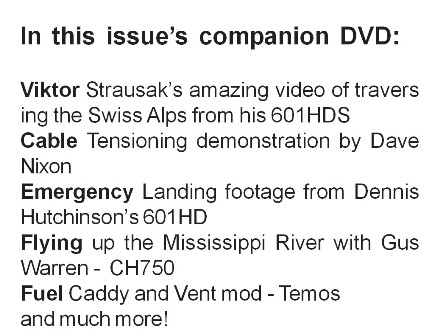 The latest copy of the Zenair News just arrived. I'll have to watch the DVD, as soon as I can beat the rest of the family off the TV. Boy, that DVD is a really great idea for those of us who can't read!

Suggestions for New Workshops to be held?

As most of you know, American Light Sport Aircrafters have been holding a Tail Section Workshop which runs

in conjunction with the Zenith Rudder Worksop each month here at our facility in Mexico, MO. 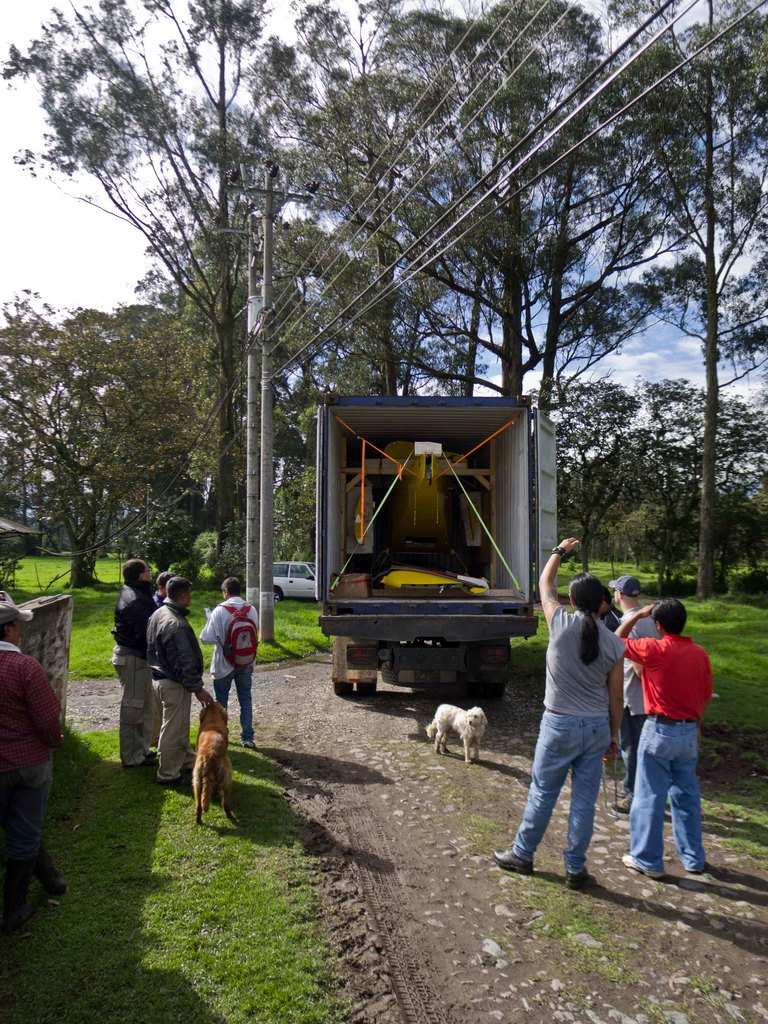