Following is a brief report and photos from our flight to Sun'n Fun earlier this month:
(Update: See my new video clips at the bottom of this post).
To test the comfort and cross-country capability of the STOL CH 750, Roger and I decided to fly together (in one plane) to Lakeland, Florida, from… Continue 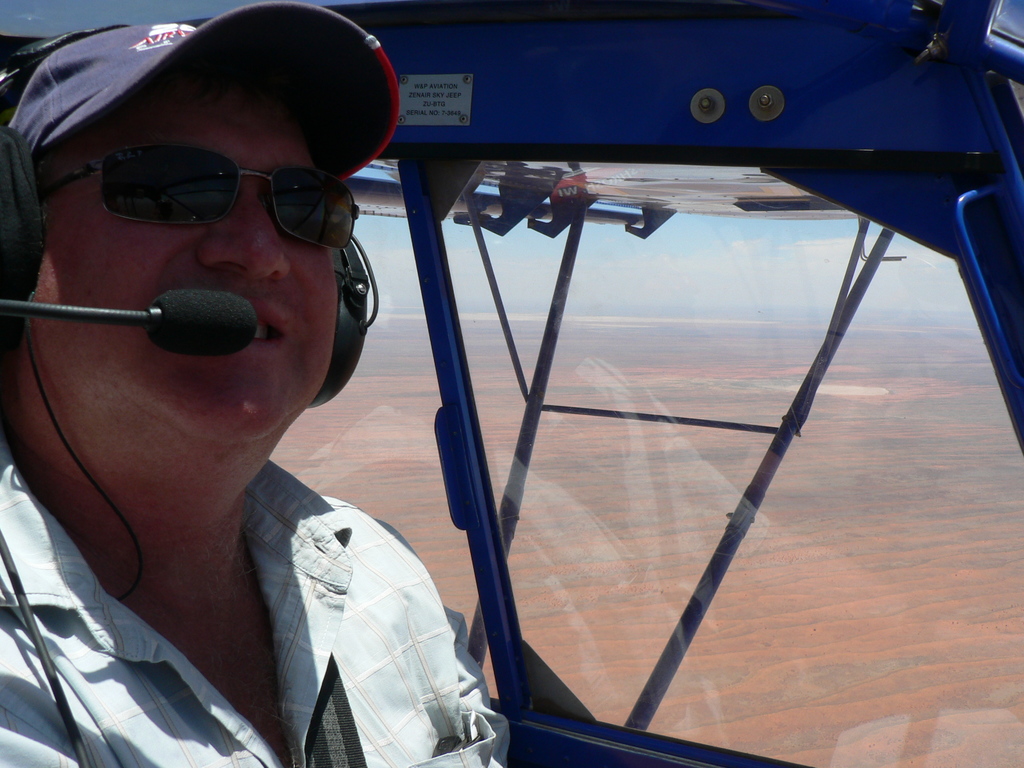 701 experience in NJ or eastern PA

Hello all,
I'm looking for someone in my area that can help me transision into my new 701, Just got it here and wings are hung, and I need to get my annual done. Then I would like to fly with someone familiar with the 701 to give me a little heads up. Anyone in the central/south New Jersey available to drop into NJ46 (PearlAcres) Apt.?

A good day today, my 601XL completed its first…

Everyone at home can follow this year's activities on the internet. Sun 'N Fun Radio is being streamed live at:

I had 19.8 hrs on it. I talked with the Seattle FSDO and they said because I had not yet completed my 1st 40 hrs, they would not need to add additional testing time. I worked about 20 hrs per week for 4 months, but I did all the work alone. Keep plugging along!

I have completed two test flights, 0.5 hrs and 1.0 hrs, and it flys perfect, um, just like it did before the upgrade. Still adjusting the alerion trim to get it to fly hands off. Off to re-start my ASI calibrations. It's nice to be back in the air again!

Natfly 2010 at Temora Australia was a great event.

The change of venue went very well and there is a lot more space for everyone.

Zenair Australia had a site with three 601 XLs on display, they were Peter Franke, Geoff Moore and Allan Barton.

Demo flights where had by builders and people interested in… Continue

The Best Flight of My Life...

Today is the 11th April 2010 - more than 20 years since that first infectious flight in a C150 at Sywell Aerodrome in the UK. I have flown more than 40 types, over cities, countryside, desert, lakes, sea, mountains, forests, rain forests and low level over more hostile terrain than I care to think about. But today was special.
CH701 9G-ZAF, or Alpha Foxtrot was built for the Medicine on the Move flying doctors and nurses project, and she is beautifully…
Continue

Its spring time and our open house is coming up on May 8th. We would like to invite all who can fit this into there schedule to attend. This year it will be on May 8th there will be a BBQ put on by the Cloverdale pilots association and the city of Cloverdale. We will have a few Zenith kits being worked on here and a 801 that is powered by a 6cyl subaru, Chris Desmond (STOL ADVENTRUES) well be here with his new 701 stol and we will have Stephen Smith with his cross county (everywhere) 601 XL.… 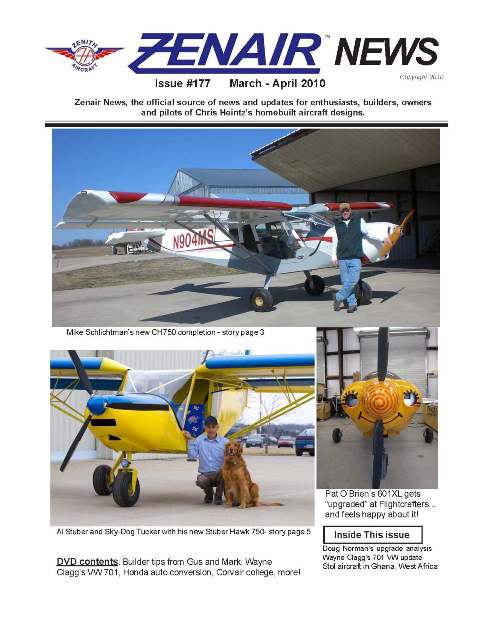 The new issue of the Zenair Newsletter is now being mailed to subscribers around the world. This issue has something for every Zenith owner - including new CH750 completion reports. In addition to the hard copy newsletter, a DVD is included providing an hour of video depicting builders just like you with their Zenith aircraft. (If you don't receive the newsletter & DVD, click…

^6-zu-1-1 rivet spacing after adding the new piece. I thought I saw something about doubling the rivets out to rib 4. The plans don't indicate that.