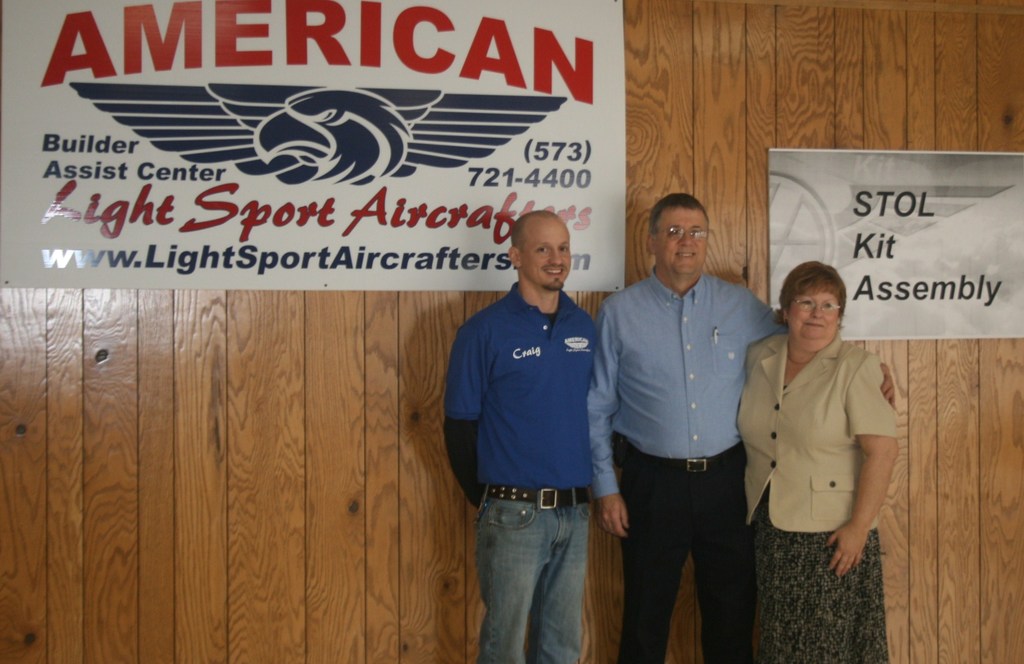 The photo at the left shows my wife Diane, our son Craig and I, in the AmLSA front work area just before…

I borrowed some flanging dies from a fellow 701 builder here in Tassie (thanks James!)  5 minutes work with a car jack and the holes were done.

Assembled and riveted the skeleton.

The story of the phoenix bird that loves fire came to mind today. 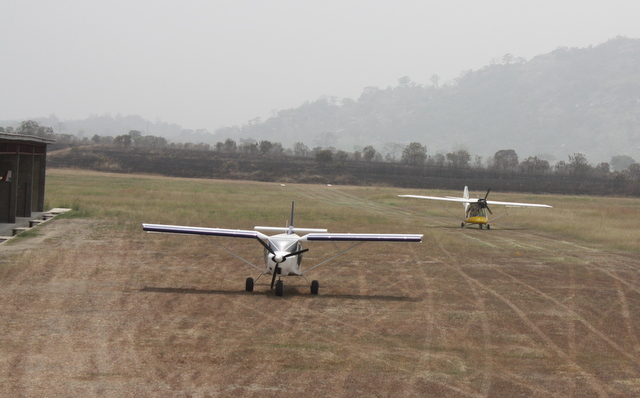 For the first time this year, we were able to fly - circuits and very local, but operational. Safety procedures are essential when you have been on the ground for an extended period, as has happened this year.

After calling numerous shops in my area, I finally found a place willing to make the 4 flanging dies needed for plans-building. The shop wants $1,000 for 4 dies. I'm not sure what I was expecting, but this seems way too high! At that price, I'm better off buying sub-kits!

Ok, NOW the rudder is complete...?

Stupidly I decided to hand rivet the upper mounting points... "It's hardly worth starting the compressor for 8 rivets..." yeah right, they're A5 and take a bit more force than A4's.  Wised up and air riveted the rest.

That should be it for the rudder apart from trimming the nose skin to clear the elevator.  I'll leave that until the…

I'm sure that everyone knows that the Zenith crew are attending the Sebring Show in Florida this week where they are displaying the Zenith Fleet of Kit Aircraft.

Meanwhile back here at American Light Sport Aircrafters (ALSA) Builder Assist Center in Mexico, MO., we are still hard at it preparing everything for our long anticipated opening. We have finally completed everything here, passed all of the inspections and have been issued all of the permits and licenses… 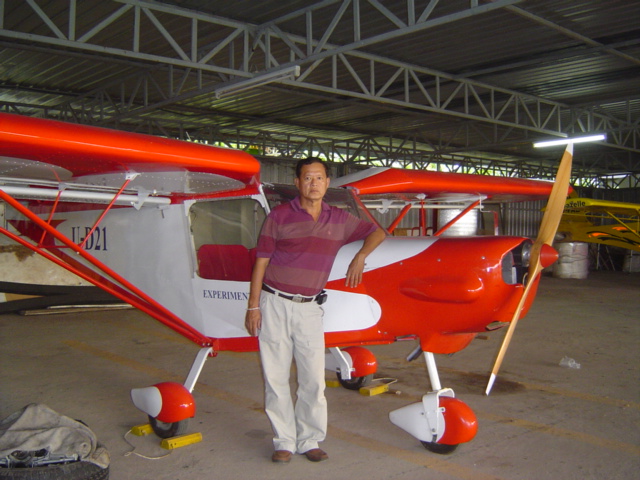 I need to buy.

Over the last couple of evenings I got busy - cut and bent the rudder skins, marked, drilled, clecoed, drilled, unclecoed, trimmed... and today I deburred, Scotchbrited, primed, and finally riveted everything together.

It was a pleasure to use the air riveter for the first time - I may never pull a rivet manually again...! We are right on schedule for the opening of our new Zenith Builder Assist Center. As with everything else there are a lot of loose ends to get tied up but everything is going smoothly.

I installed the horizontal stabilizer, saddle piece, and connected the elevator control cables on my 601 XL B. I immediately noticed a couple things. The effort to raise the elevator to full up position was excessive, to me. It took about 4.6 lbs pressure on the "Y" control stick. Also, the elevator cables tightened considerably as the stick was moved back. The cable tightening happened mostly because the nylon fairlead holes aren't aligned with the cables very well at up elevator position.…

Most of you probably heard about the crash that claimed the life of Senator Ted Stevens, along with four others. But few have heard of the scene that was playing out at the same time on the Knik Glacier, about forty miles northeast of Anchorage.

The story below highlights some of the challenges of flying in the Last Frontier, and portrays the courage of the "PJs" -- Air Force personnel charged with the duty of rescuing downed flyers behind enemy lines. As you will read, even…

Since it's bitterly cold this winter, and my garage doesn't lend itself well to heating, I'll be working on my smaller structures in the basement. My basement workshop is very tight. I can accommodate a table of about 3'x8'. Hope this is enough to get me started on the tail feathers!

American Light Sport Aircrafters (ALSA) here in Mexico, MO, will be holding a tail empennage workshop giving participants the opportunity to complete the horizontal stabilizer and elevator for their airplane in a comfortable, relaxed, climate controlled atmosphere.

The Zenith workshops are normally over with by noon, if not sooner on Friday and the ALSA Stabilizer/Elevator Workshop will begin where the Zenith Rudder Workshops end. This way persons in attendance would not find…

If anyone needs the 5 hour check ride insurance requirement, please call for an appointment. 775 781 4411. We charge an additional $100.00 if you want the scenic check ride flight over Lake Tahoe filmed.

We are about to buy an engine for the CH750 that came together quite quickly. While we anticipate some wheel operation, we live on Lake Superior, and anticipate most of the activity will be on floats.

While we generally adhere to the concept that more power is better to get airborne with floats, we are concerned about weight and balance. Has anyone put a CH750 on floats, what engine did you chose and why, and what was your balance calculations?

Formed all stabilizer ribs, front and rear spars (and their doublers).  Drilled and clecoed the whole assembly.
Still trying to source Zinc Chromate or Cortec, so can't actually rivet anything until I've got that.