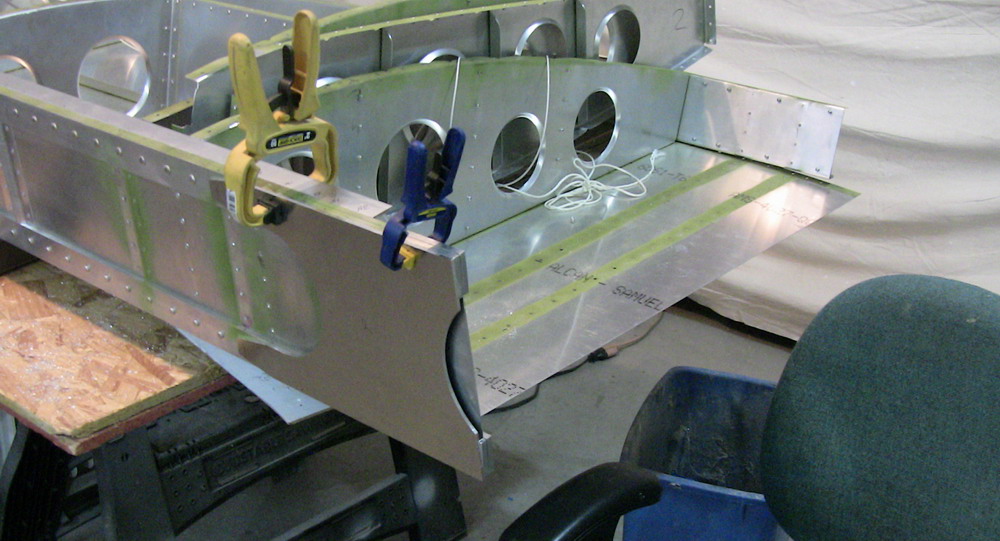 We've had lousy flying weather in Mexico, Missouri lately (which is really not that typical), so when the sky looked OK this morning Roger and I pulled out the upgraded Zodiac XL for a pleasure flight...
Here's the video:

I hope you enjoy it as much as we… Continue

Today I took another look at the Jabiru 3300, 120 hp engine and really liked what I saw. I was comparing it to the stylish radial engine, the Rotec R-2800. I like the fact that it is only $17,500 new and sold in a town not far from where I live now here in Tennessee. It includes all the accessories including mounting for that price. They also sell the front cowling/nose bowls for the engine (they show an engine mounting process for a on a 701 or 750 on their website:… Continue

Started on the wings today, 26Jan10, and struggled for hours to remove any solid rivets and I have the tools. So I searched the Internet and found "Removing Solid Rivets" by Gil Alexander – EAA Technical Counselor.

It works really well on the big solid rivets. I drilled with a #20, but not as deep as he recommended and used the Riveting Hammer to punch out the rivet. I have a cinder… Continue

In this blog: Side Doublers, Seat Angles, Rear Attachment Uprights, "Z" angle, 2x4 assistant, Bucking Station revision, "T" and ..... links to other blogs at the bottom of this page.
-
I needed to block up the fuselage after removing the rivets and bolts. The right side was off just a bit, I had problems on the left. Must have been an original manufacturing issue ... 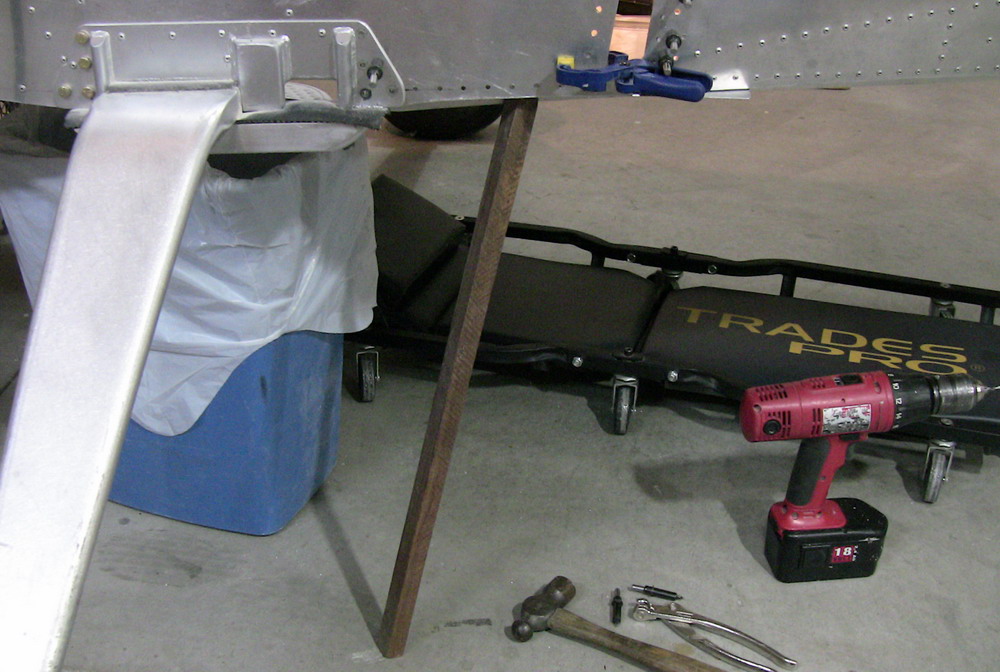 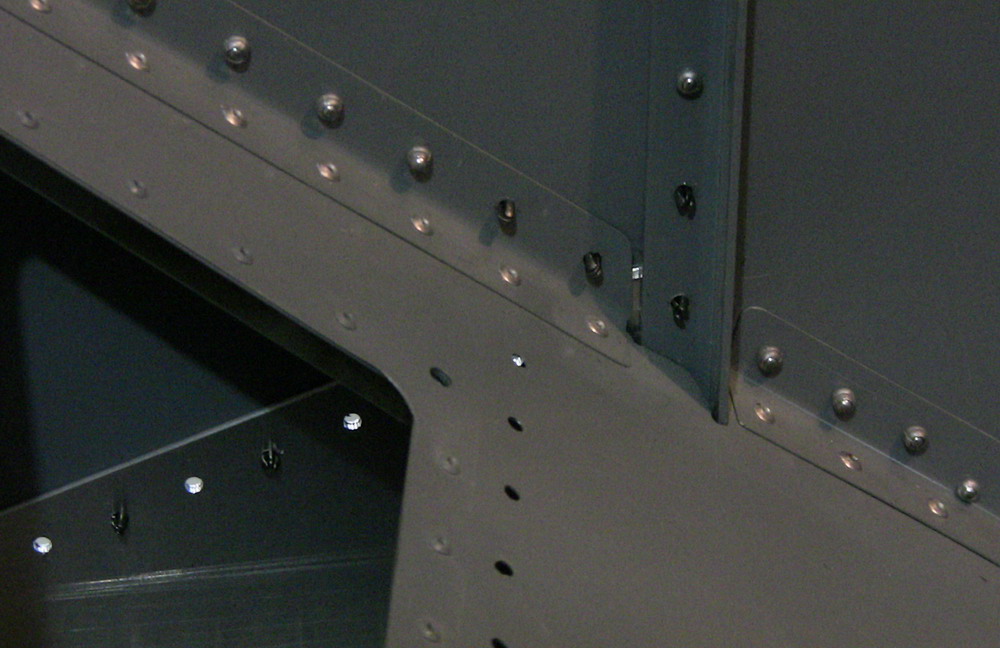 On the two days prior to the show,… Continue

I am planning to come to the Picknick at Lakeland. I will be bringing a friend again this year.
Bill Campbell

I took my Zenith 750 airborne for the first time today. I believe it is the first 750 to fly in Canada. It literally leapt into the air. Flies well--excellent cockpit visibility. Easy to land as well.

what are you guys doing about painting; I thought about a pencil brush and doing each rivet ,I also have to respray the right wing skin when I stripped the wing I left theskin on the floor a gust of wind came blew it around a post so accidents can happen even when zodiacs are in amillion peices [ a big flutter]

Are any of you guys aware of a permanently mountable camera that could go in the wing or somewhere in the cockpit area.

Requirements would be to shoot extended video times (!hour or so), small, perhaps the lenses potion mountable in the wings or a given location and then wired to hardware in the cockpit. Something along that line!

I could always swipe my wife's hard disk camera but, . . .

The kit arrived today. Had to get some friends to help slide the shipping container off the trailer and into the garage. Opened it up and started to sort things out.

Finishing panel Waiting for wing up grades. Fired up eng. last week > I have a fast gocart.

Finishing panel Waiting for wing up grades. Fired up eng. last week > I have a fast gocart. Continue

I haven't had an issues with the fuselage warping, etc. while the Center Spar has been in and out numerous times. I started installing the Side Doublers yesterday, the right side first and had some minor alignment issues after removing the rivets and bolts. I managed to block up the bottom of the fuselage to get it all lined up and I was able to install the Side Doubler.

The Left side gave me more significant problems. I supported the bottom, but once I removed the rivets and bolts,… Continue

Hi All
just removed my center spar and had to remove one of the rear spar uprights to get the spar out. Has anyone removed the spar by just removing the 2 FWD spar uprights and how did you do it for the benifit of others?
Chris..

I recall seeing an excellent web page about making a landing light lens using an oven. Could someone post a link to that page or similar. I've lost the bookmark.

I received the upgrade kit Friday Jan 15. Many thanks to Doug and Lori at Quality Sport Planes, Cloverdale, CA., for getting all the pieces sorted, re-boxed, and sent out quickly. I noticed a couple things.

1) The aileron balance drawing is still size A and illegible. Is there a source for a size B drawing that can be read? I cringe at putting these balance weights in at all, and to have to guess at most of it isn't sitting well with me. I do have the .pdf file of the drawing and can… Continue

I would like to introduce myself to the Zenith Aircraft Builders community. I am building the 801 form kit. I just started working on the tail kit. Any information or suggestion regarding what i should look-out for as I start my kit will be appreciated.

Thankyou and have a wonderful day!

Does anyone have any good photos/instructions for installing Groves brake assembly on 601/650 ? No instructions came with the brake set, and the ZAC photos suck ("put the brakes on here...").

The Center Spar is installed, meaning that all the holes are drilled and it all fits. This post includes the Center Spar Installation Template I posted earlier as an idea. Scroll to the bottom for the new stuff. I added some additional detail to drilling the spar bolt hole.

First I back drilled through the bottom doubler.…
Continue